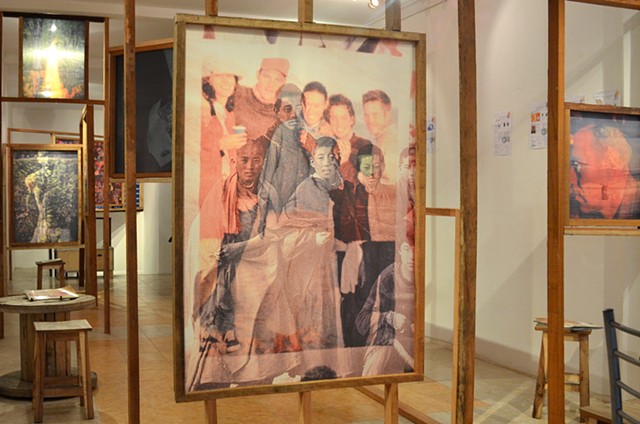 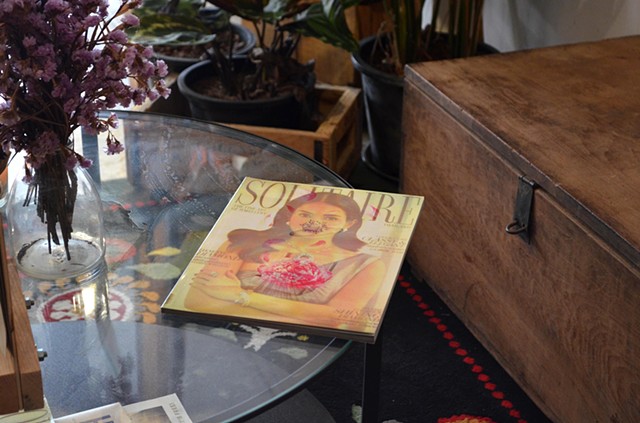 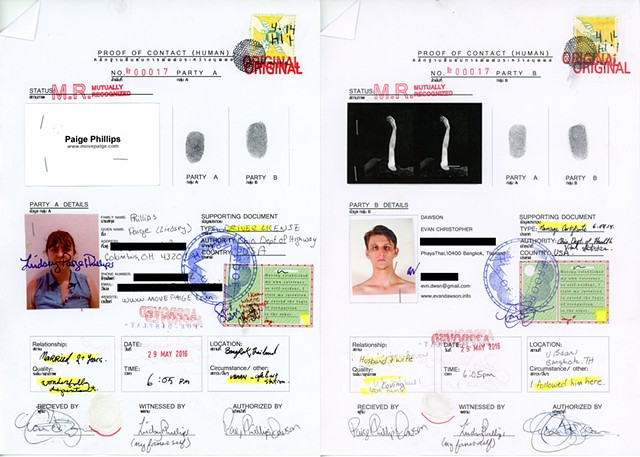 "Proof of Contact" was the title of an exhibition and participatory performance that took place at Ubaan Art Station in Bangkok, Thailand. The installation included a self-published magazine of photographs from other magazines (2007 -2016), large silk prints of the images in the magazine, wall framing which merged interior construction of domestic spaces, coffee houses, waiting rooms, billboards, and finally bringing visitors to an office space on the second floor. In this office, visitors were drawn into a bureaucratic process to prove that they were actually meeting the officer, but first had to prove that they even existed. The complimentary documents that were drawn up officially notate the struggle to negotiate the terms.